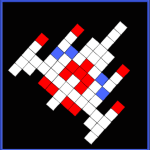 Want a copy of the plans for ArcadeReplay? Sure!

I am sharing the Arcade Replay Slim LCD Cabinet Sketchup model with a few lawyerly caveats.– If you use the model please credit me in project announcements and webpages about the project– You may not, under any circumstances, sell the sketchup model– Let me know using the comments feature if use them as the basis for a project, only for the sake of my curiosity. – If you sell cabinets substantially based on it and you appreciate my contribution you should kick me back a point or two of the profit.  It’s the honor system, I am not going to lawyer up and come get you or anything.  Your conscience is your guide. Use the ‘contact form’ if you want my paypal address.– These are not precise nor complete plans.  The model is intended to give you rough dimensions only.  It is up to you to double check everything you do and make sure it makes sense. You need to be sure the machine is safe, balanced, etc. I am not responsible for any bad things resulting from the use of these plans.  – Other than answering a question here or there on this site, I don’t plan on supporting people trying to recreate it.  BYOAC search is your friend.If you agree to all this, you may download the sketchup model >>>> here <<<<<
Credit goes to Xylosesame from BYOAC for creating the Sketchup models for the buttons, spinner, trackball, Joysticks, and coin door.

With its wood-tone laminate sides, the cabinet looks somewhat furniture-like when off. One of my stated goals for this project has been to have as close to a realistic arcade experience as possible when playing it.  What better to evoke the gaudiness and neon from an ’80’s arcade than LED lighting?

The lighting is actually pretty elaborate. I’ll break it down by type of lighting.

The Control Panel player buttons have clear plungers with black surrounds. You can’t buy these, I made them from the parts of black and clear buttons.  To get a ‘frosted’ effect inside the buttons I put some scotch tape on top of the plunger springs and trimmed it prior to assembly.   I then drilled holes under the buttons and wired up RGB-Drive LED modules from Groovy Game Gear (GGG).   The RGB-Drive LEDs are wired up to two GGG LED-Wiz USB Lighting Controllers.  The LEDBlinky plugin for the MALA Front End controls the patterns.  It’s a very robust combination.

The Atari volcano buttons are also wired to the LEDWiz but they are using a single built in LED and need a resistor wired in series to step down the voltage appropriately.

Here is a preview.  Sorry for the clothes dryer racket in the background.

I ordered 16 feet of 5050 RGB LED Strip from eBay. You can cut this to the desired length then solder leads to the pieces.  There is a strip of LEDs across the top/back, and on the back sides of the cabinet.  These are driven by their own dedicated GGG LED-Wiz USB Lighting Controller.  At this time there is no way around buying a separate lighting controller if you want cabinet lighting.  Again, the LEDBLinky plugin for the MALA front end controls it all.

Here is the new and improved painted safety glass. It’s a thousand times better than the matteboard.. I am delighted with how it looks.  The monitor image seems to hover in the blackness of the glass. 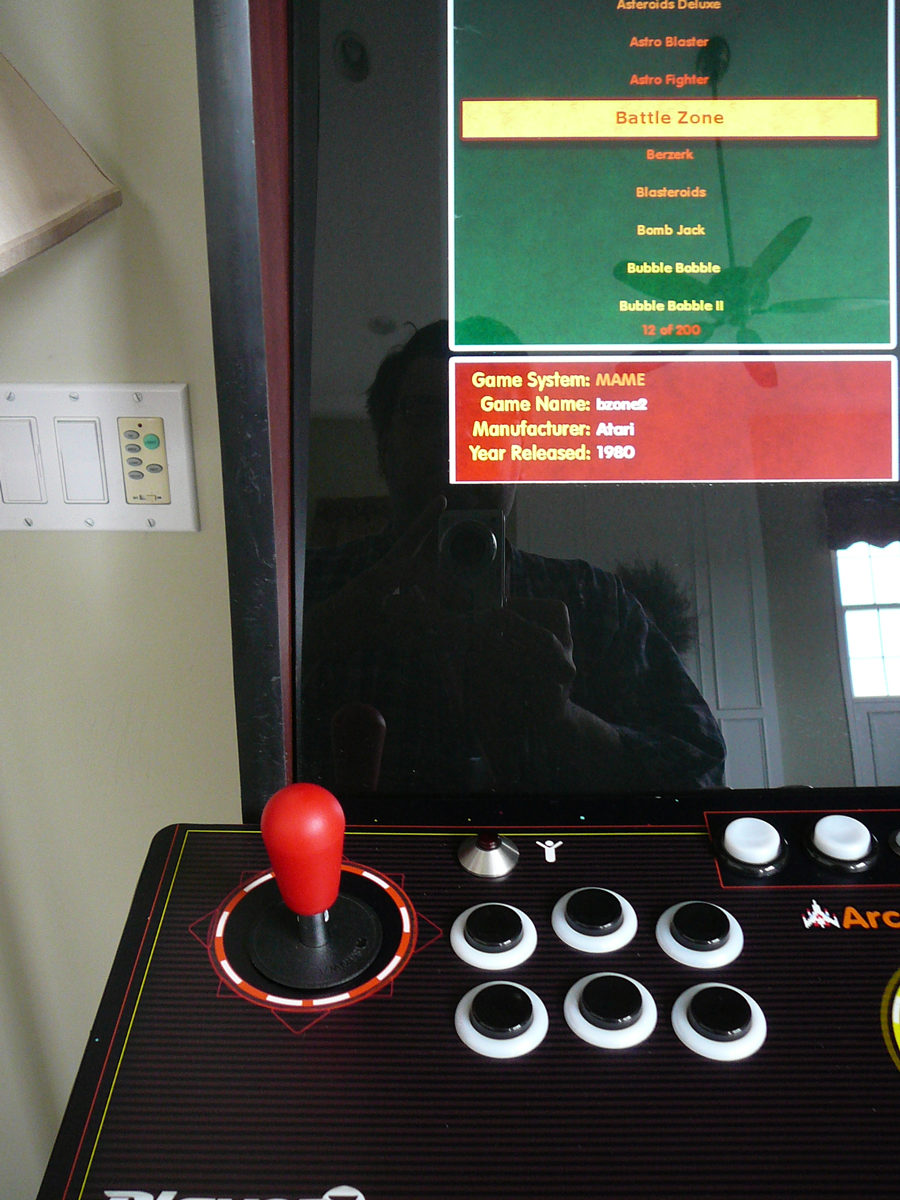 Here you see how I mounted the Aimtrak LED Lightgun Sensor.

The foam board bezel I was using just wasn’t doing it for me.  I could see it through the tinted safety glass and it looked homemade. To make a painted bezel, I masked off and painted on the back of the tinted glass.  The little notches are for the Aimtrak LEDs.

Here is the MALA Frond End I designed.

A Note on Sound

When complete, this machine will provide as close to the entire arcade experience as possible.  Part of that is Neon lights which will be discussed later. The other part is the electronic arcade ambient noise. The two speakers in the back will reflect arcade sounds subtly off the wall behind the cabinet for realism.  I accomplish this with TheShanMan’s Arcade Ambience App.  It uses a separate sound card to play the effects. I am using sounds from the Arcade Ambiance Project. I am specifically using the 1981 and 1983 files from the download section.

The Front speakers will play a random playlist of late 70’s and early 80’s pop while in the game menus, which will fade out when a game is started up.  When you quit the game, it fades up to the place you last left in the song.  This functionality is built into the MALA Front End I am using.  I highly suggest MALA.  It is extremely flexible and supports plugins that I will discuss later.

It’s all mounted to the inside – no PC case.  I fabricated an aluminium bracket to secure the add-in cards.

Here’s what I am using for the Computer.

I applied the Control Panel Overlay and boy did it turn out nice. I am extremely satisfied with the product and service I received from Gameon Grafix. I have been using them for years and am always thrilled. 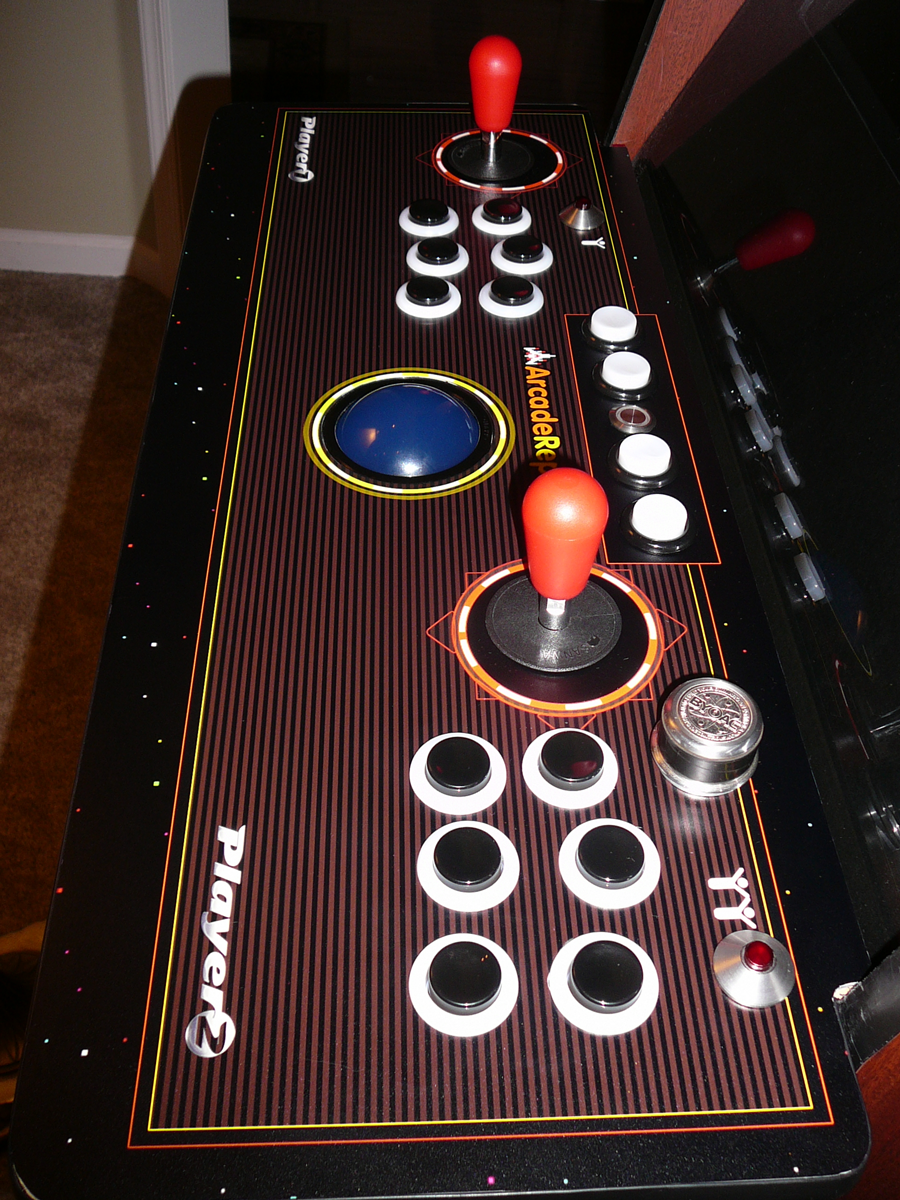 And Here is the Final Artwork Mockup

This is the final mock-up.

This is the image I found online that served as my initial Marquee inspiration:

This was the final product:

Styles change over time.  I was originally toying with a space theme (attached first below).

Eventually I decided I wanted a design that screamed “RETRO” a little more.  I also felt my space theme lacked any particular style.  I really wanted to use this project to develop my Adobe Photoshop and Illustrator skills a bit so I did a reset.  Using my Facebook friends and family as critics, I solicited feedback on the various mock-ups. Here is the progression…